Get US out of the United Nations - Petition 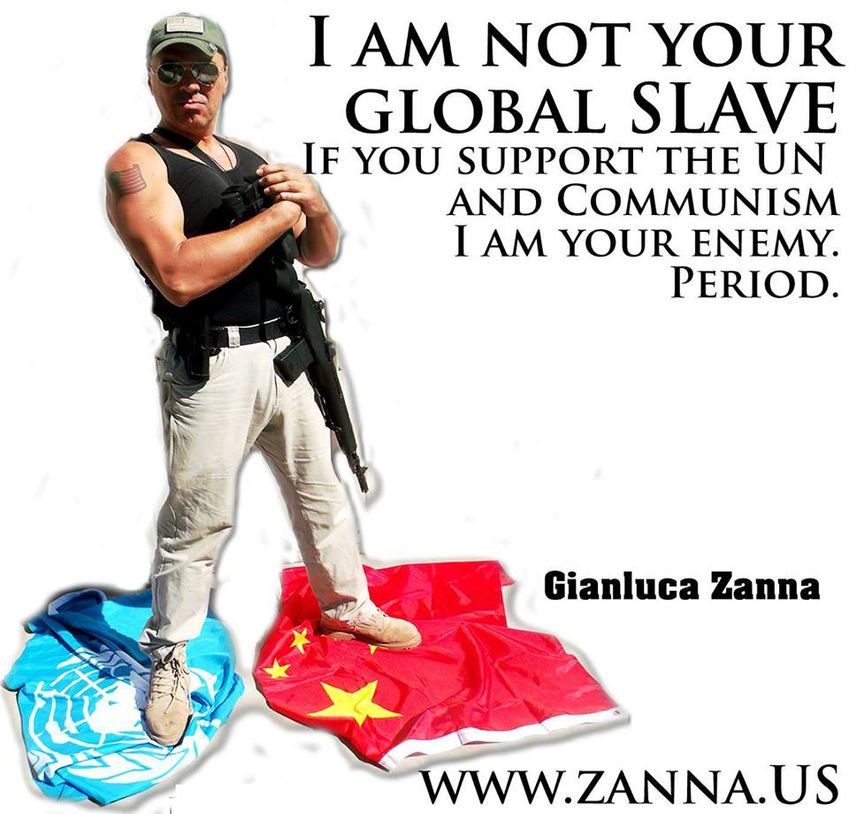 The Charter unconstitutionally delegates the power to levy taxes. The UN has arrogated unto itself the power to assess "dues" which are calculated just like a progressive income tax. If the U.S. does not pay its "dues" after two years it loses its vote in the General Assembly of the UN. The U.S. Constitution vests the power to levy taxes in the House of Representatives.
The UN Charter violates the Tenth Amendment of the United States Constitution. A whole gamut of state powers -- health, welfare, education, crime, environment -- are nowhere to be found as powers delegated to the federal government. They are reserved to the states. The UN Charter claims the power to act in all of these areas through treaties which would override state laws.

For years, Congress has appropriated funds for various UN organizations which in effect transfers powers reserved to the states. Consider, since the Congress is prohibited from enacting laws regarding rape, could it get into this arena by relying on the UN Charter to do so?
The UN in this way could become a gigantic Interstate Commerce Clause and abused even more than has been the ICC of the U.S. Constitution. UN spokesmen are arguing that one's physical security (i.e., freedom from rape) is an international security issue. It is the same totalitarian logic that has stretched the Interstate Commerce Clause beyond what it was ever intended to do. Originally, this provision was intended to prevent the balkanization of the states. Now, it has been stretched to the point that the federal government can regulate anything that affects interstate commerce -- even to the point where it regulates inactivity because not doing anything has a negative impact on commerce.
All these operations of the UN are those of a government operating under a constitution.
Yet the U.S. Constitution was based on "We, the People" and ratified by the people in conventions assembled. The UN Charter was approved only by government agents and never submitted to the people of the US for their legislatures or conventions to ratify.
World government through the United Nations is a serious threat to the freedom of all Americans. Imagine being held prisoner in a foreign land and tried in an international court with judges from such countries as Afghanistan, China, or Iraq. The United Nations (financed by American taxpayers!) has long been a safe harbor for terrorist and oppressive regimes which target America as the enemy.
Even more alarming, the United Nations is beginning to take aim at the God-given rights enjoyed by Americans since our great nation was founded. The right to self defense, use your own property, or even the right to have children may all be trampled if the United Nations is allowed to have the power it seeks.

"That the UN wants you to give up your national independence and become a Global Citizen?" (Ref: United Nation New Center - Sept. 12, 2003

The UN has targeted the local church for eradication by regulating it out of business. (Ref: United Nations Conference on Human Settlements, May 31-June 11, 1976, Agenda Item 10).

UN plans call for replacing all Christian based religions with a one world religion based on the Gaia hypothesis, the paganistic worship of "mother earth" having its origin and roots in The Temple of Understanding. (Ref: UN Millennium Peace Summit of Religious and Spiritual Leaders, Aug. 28-31, 2000, New York)

UN plans to confiscate ALL profit realized from the sale of private land. (Ref: UN Conference on Human Settlements, Recommendation D.3 which reads in part --- "(b) The unearned increment resulting from the rise in land values --- must be subject to appropriate recapture by public bodies.")

UN plans call for absolute control over where "YOU" will be allowed to live and work. (Ref: UN Agenda 21, and the UN Conference on Human Settlements, Recommendation A.1 which reads in part as follows; "(b) All countries should establish as a matter of urgency a national policy on human settlements, embodying the redistribution of population...over the national territory.")

UN plans absolute control over WHAT you use your own private land for. (Ref: UN Convention on Biological Diversity, UN Agenda 21 and UN Desertification Treaty).
The UN plans absolute control over how many businesses of any particular type (ie. autobody shops) will be allowed within any given area and where they will be allowed to locate within any given community. (Ref: UN Agenda 21).

The UN has already assumed "total and absolute" control of over 70 percent of all the worlds land mass? (Ref: UN Desertification Treaty).

Did you know that several U.N. Treaties and Conventions require that over 45 percent of the total land mass within the United States be cleansed of all human activity? (Ref: UN Convention on Biological Diversity, The Wildlands Project, UN and US Man and Biosphere Program, and various UN, US Heritage Programs and NAFTA)

Are you concerned that United Nations...
American blood and taxes are being used for military operations unrelated to U.S. defense?
A May, 2000 Joint Chiefs of Staff report states that since 1990 more than 55 "Operations Other Than War" (military engagements now called "peace-keeping" or "humanitarian" missions), have cost U.S. taxpayers over $21 billion -- more than $4 billion in 2000 alone. Of course, there is no price tag imaginable for American soldiers who have been killed in UN-sanctioned, UN-led "Operations Other Than War" such as Somalia.

That our own government is committed to making the UN more powerful than any nation on Earth?
In 1961, President John F. Kennedy presented to the UN a three-stage disarmament program entitled Freedom From War. "In Stage III," said this State Department document, "progressive controlled disarmament ... would proceed to a point where no state [nation] would have the military power to challenge the progressively strengthened UN Peace Force." The disarmament program originally presented in Freedom From War has never been withdrawn. It remains the official policy of the United States.

The UN is being given control of our military?
U.S. forces have been sent to the Persian Gulf and Somalia to carry out UN resolutions. And they were sent to the Balkans under the authority of NATO, a regional subsidiary of the UN. In the Balkans and Somalia, they have been placed under foreign commanders who view the secretaries-general of the UN and NATO -- not the U.S. President -- as their commander in chief.

U.S. military personnel are being prepared to become United Nations soldiers?
About 300 U.S. Marines stationed at Twenty-Nine Palms, California, got a reality check in 1994 when they were required to participate in a "Combat Arms Survey" asking how they felt about statements such as:
"[T]he President of the United States has the authority to pass his responsibilities as Commander-in-Chief to the UN Secretary General";
"I would swear to the following code: 'I am a United Nations fighting person...'"; and
"I would fire upon U.S. citizens who refuse or resist confiscation of firearms banned by the U.S. government."

Are you concerned that United Nations...
The UN is militantly anti-property rights?
The UN is dominated by socialist, communist, and other collectivist regimes that are hostile to private property, the basis of our freedom and prosperity. Karl Marx wrote in the Communist Manifesto that "the theory of the Communists may be summed up in the single sentence: abolition of private property." Marx continued: "In one word, you reproach us with intending to do away with your property. Precisely so; that is just what we intend."

The UN intends to carry out Marx's plan?
In true Marxist fashion, the report of the UN "Habitat I" Conference declares that private land ownership "contributes to social injustice.... Public control of land use is therefore indispensable...." Agenda 21, the UN's massive environmental manifesto, envisions a UN empowered to control and micro-manage our planetary environment and the actions of every person on Earth. It says: "All countries should undertake a comprehensive national inventory of their land resources" and "develop national land-management plans." The UN's Assessment would "reallocate" property rights and have "stakeholder groups," instead of property owners, make decisions on private land use.

Our own U.S. government is adopting many of the UN's anti-property rights and policies and treaties?
The U.S. has signed Agenda 21 and has begun implementing the UN's "Wildlands Project," an incredible plan to push millions of Americans off their land to make vast nature preserves out of half of the nation. Also, under the UN's 1988 Convention on Narcotics, the U.S. has adopted unconstitutional "asset forfeiture" laws that allow seizure of property without due process.

UN treaties could destroy our heritage of freedom?
Nobel Prizewinning economist, Friedrich A. Hayek, noted that "the system of private property is the most important guaranty of freedom, not only for those who own property, but scarcely less for those who do not. It is only because the control of the means of production is divided among many people acting independently that nobody has complete power over us, that we as individuals can decide what to do with ourselves."